SHE’S ONE IN A MILLION PRESS RELEASE 2021

INTERNATIONAL AFRICAN SUPERSTAR AND UK SONGSTRESS COLLABORATE IN THE RELEASE OF A SINGLE ON WORLD HEALTH DAY.

The single, on world health day (7 April 2021), by international African Superstar Flavour and UK Songstress Anna Reay, ‘She’s One in A Million,’ honours the memory of 8-year-old Valerie Olalemi, who Sadly, lost her fight last year following her diagnosis with Chronic granulomatous disease (CGD) at the age of 4.

It also pays homage to the 93 to 150 million children globally living with disability, 1 billion under privileged children whom are multi dimensionally poor and those suffering from a rare disease. In UK alone for example, 1 in 2,000 people are diagnosed with a rare disease. 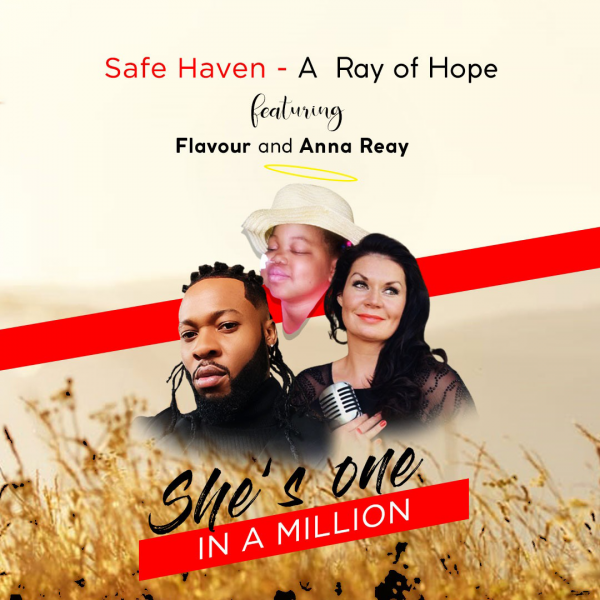 Valerie was born with CGD, a rare condition that causes the immune system to malfunction and prevents it from fighting certain infections. In the UK alone, the condition affects about eight people in a million. Her health deprived her a normal life, she experienced prolonged hospital admissions, suffered several complications and her unfortunate death at age 8 on 21st April 2020.

Proceeds from downloads and streams of the single ‘She’s One in A Million’ available on all major download platforms (iTunes, Amazon Music, streams on Spotify, Apple Music, and more)will help Safe Haven a ray of hope to continue to play its part in helping under privileged children and children living with disability and the building a Fashion design / creative centre for these group of children.