SHE’S ONE IN A MILLION PROJECT 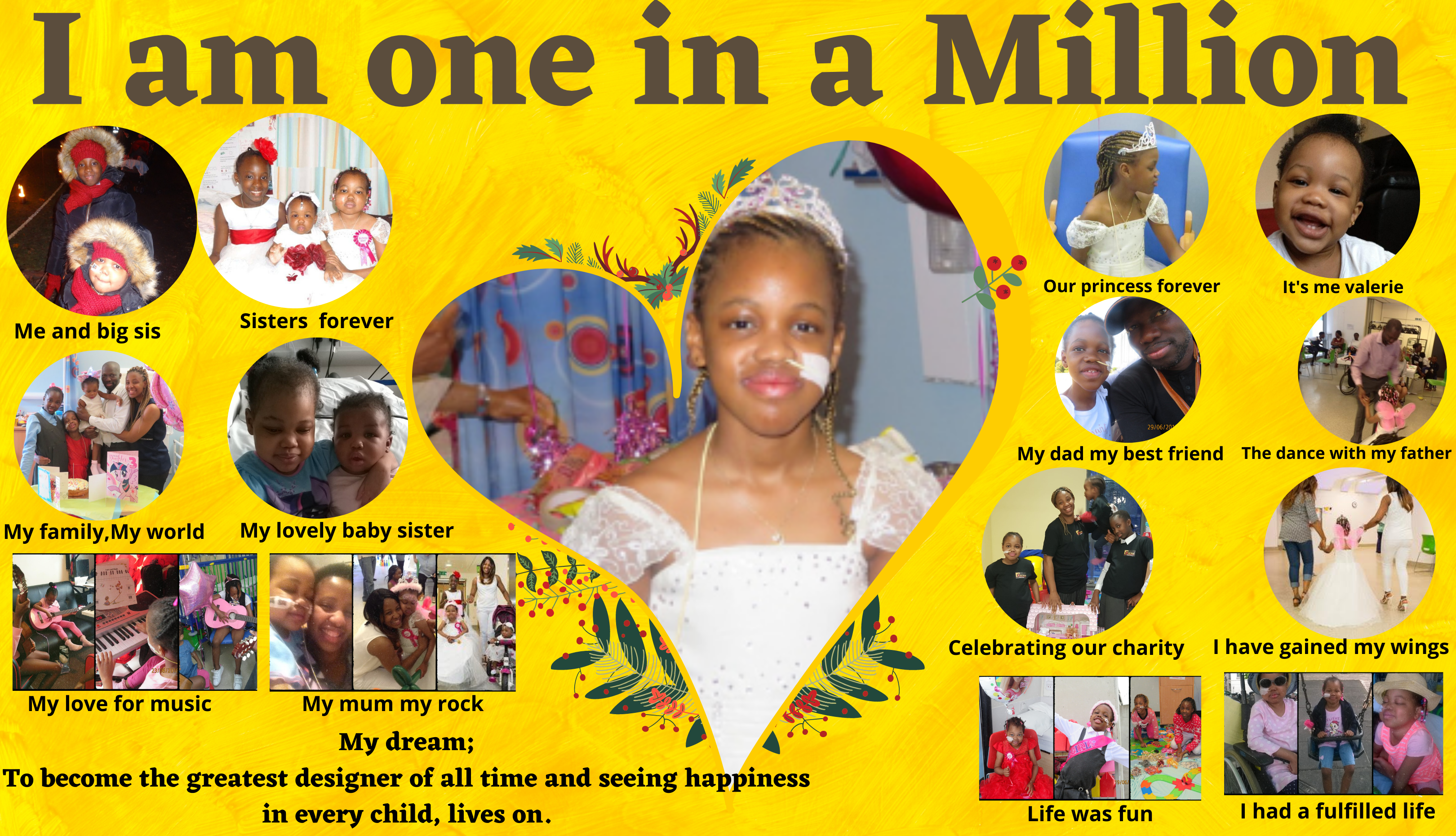 The Charity Single Featuring Afrobeat Star Flavour N’abania and UK songstress Anna Reay ‘She’s One In A Million,’ honours the memory of 8-year-old Valerie Olalemi, whose dream was to be “the greatest fashion designer in the world”. Sadly she lost her fight last year following her diagnosis with Chronic granulomatous disease (CGD) at the age of 4.

Today we invite you to support and help make go viral ‘she’s one in a million’ Music Video via our YouTube link.

she’s one in a Million music video

The Single pays homage to the following groups:

Proceeds from the single goes into the ongoing creation of a design/ creative Centre for underprivileged children and children living with disabilities.

HOW IT ALL BEGAN

Proceeds from downloads and streams of the single ‘She’s One in A Million’ available on all major download platforms (iTunes, Amazon Music, streams on Spotify, Apple Music and more) will help Safe Haven a ray of hope to continue to play its part in helping under privileged children and children living with disability and the building a Fashion design / creative centre for these group of children.

Progress with she’s one in a million project.