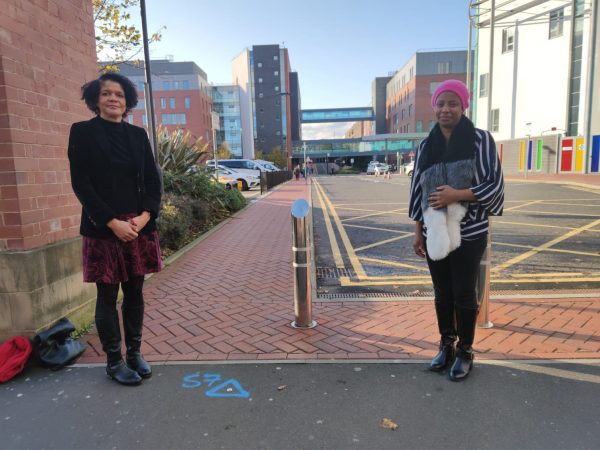 Chi Onwurah, the Labour MP for Newcastle upon Tyne Central, and Dr Wendy Taylor, Health spokesperson representing Dr Nick Cott, leader of the Newcastle Liberal Democrats, today (19 August) supported the launch of a new charity campaign with children’s organization Safe Haven – A Ray of Hope, which is fundraising to build a new fashion design and creative centre in Ashington for underprivileged children and children living with disabilities.

The pair offered cross-party support to the charity at the premiere of its new music video for the charity single She’s One in a Million, with all proceeds from the single being donated to building the child and family-focused centre tackling social and economic disadvantage and childhood disabilities.

She’s One in a Million is a collaboration by popular African afrobeat musician Flavour N’abania and UK singer Anna Reay. It honours the memory of eight-year-old Valerie Olalemi, who lost her life to a rare blood disorder, the hereditary immunodeficiency chronic granulomatous disorder, in April 2020.

Valerie’s mother, Blessing Olalemi, is now supporting her younger child, Praise, 4, through the same illness, and founded Safe Haven – A Ray of Hope to support other underprivileged children and children living with disabilities.

She’s One in a Million also pays homage to the estimated 93 million-150 million children globally currently living with disability, the 1 billion underprivileged children who are multidimensionally poor, and those suffering from a rare disease.

Chi Onwurah, Labour MP for Newcastle upon Tyne Central, said: “I am privileged to have been asked by Safe Haven – A Ray of Hope to help premiere its new music video and boost the fundraising effort to secure a new creative centre for underprivileged and disabled children right here in the North East. The work that Blessing and her team does is inspiring and there it has never been more important than now to support these children and their families.”

Blessing Olalemi, the founder of Safe Haven – A Ray of Hope, said: “It was Valerie’s dream to grow up and become the greatest fashion designer in the world. Tragically, Valerie didn’t get the chance to realise this dream, but we want to help other children and their families to get the support they desperately need. The centre will provide creative activities reflecting Valerie’s aspirations alongside support and advice.”

You can stream and download She’s One in a Million here.